Just a stone’s throw from Birmingham and less than an hour’s train journey away from London Euston, the Ricoh Arena is Coventry’s pride and joy.

A Guide to the Ricoh Arena

Mainly the home of the Wasps rugby club, this arena can sat over 32,000 visitors, making it the perfect location for atmospheric events. It also includes the famous Arena Park Shopping Centre, an exhibition hall, casino and one of the UK’s largest Tesco Extra stores!

The arena has played host to iconic names in music, too, including Bruce Springsteen, Rihanna, and Catfish and the Bottlemen. The Spice Girls even kicked off their Spice World reunion tour there this year, with Jess Glynne as a support act.

The history of the Ricoh Arena 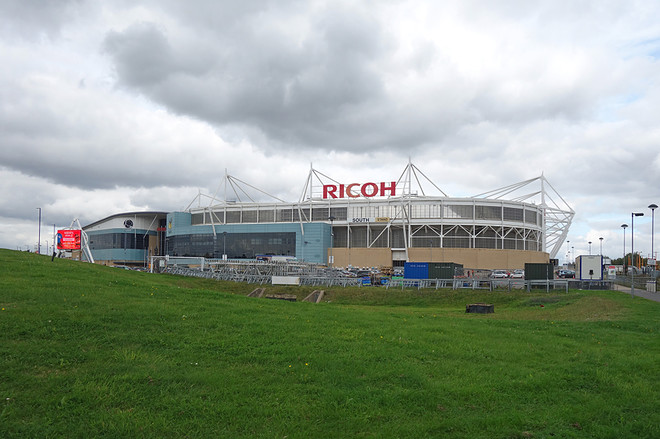 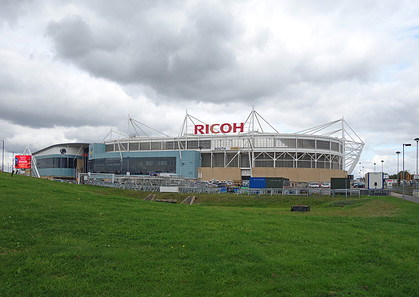 Originally built as a replacement for Coventry City FC’s Highfield Road ground, the club were given permission for construction in 1999. Although they anticipated the stadium would be ready for the 2000-01 season, the team didn’t play their first match there until 2005.
Originally known as Jaguar Arena, the venue changed its name after its Jaguar sponsorship deal was pulled. Camera and photocopy manufacturer Ricoh stepped forwards with a multi-year sponsorship deal and so the Ricoh Arena was born.
Wasps rugby club set their sights on the arena and made it their permanent home after a successful share bid in November 2014.
Did you know? The Ricoh Arena was the first cashless stadium in the UK, customers previously used a prepay system in all the bars and shops.
Hotels near Ricoh Arena 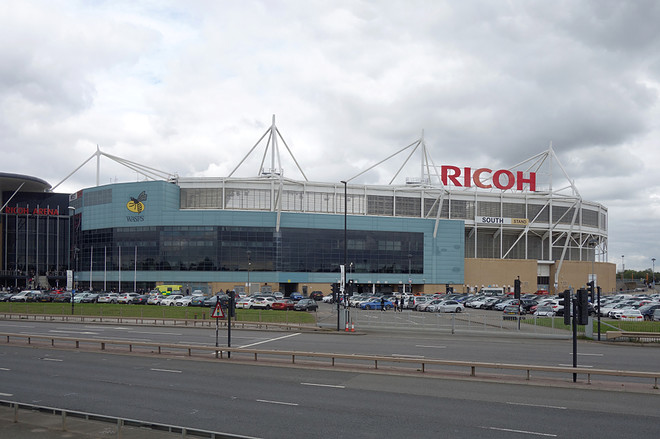 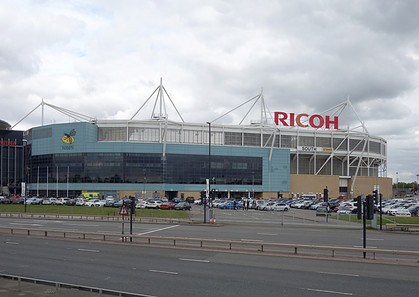 Enhance your visit to the Ricoh Arena and rest your head right around the corner from the action. There are plenty of great hotels near Coventry Ricoh Arena that are perfect for the whole family.
The Novotel Coventry M6 J3 hotel is under ten minutes away from the Ricoh Arena and close to the airport and train stations, making it easy to get to no matter where you’re travelling from.
Discover more near Coventry Ricoh Arena
The Transport Museum should also be on your must-visit list while you’re in Coventry. Home to state-of-the-art transport exhibitions, this city centre attraction will take you on a journey through history.
From the decadent vehicles of the Victorian era to a 4D land speed record simulator, the museum is bursting with interesting exhibits. Best of all, kids get free entry if you’re staying in a Novotel hotel!
Discover our Accor ALL App
You would also like

Cultural activities in Birmingham: something for everyone
Find out more

Pay a visit to the jewel of the West Midlands, a city with a buzzing, upbeat and artistic atmosphere
Find out more

Where to go shopping in Birmingham
Find out more

Great drinking spots in Birmingham: from New Street to old haunts
Find out more
We recommend

Cultural activities in Birmingham: something for everyone
Find out more

Pay a visit to the jewel of the West Midlands, a city with a buzzing, upbeat and artistic atmosphere
Find out more

Where to go shopping in Birmingham
Find out more